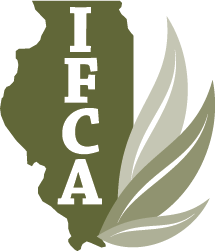 On Friday evening, rail carriers announced they would begin the process of removing critical fertilizer products from rail networks starting as early as this week. Our national association, TFI issued a statement on Saturday regarding the urgent need to resolve this rail network shutdown as soon as possible.

Today is the last day of the “cooling off” period. IFCA understands that carriers are not planning to lockout their employees, though unions could quickly move to strike and shutdown rail networks as early as Friday morning. IFCA also understands that, while nine unions had reached tentative agreements (TAs) with carriers, some union membership may have already rejected the tentative agreements. This is a highly challenged situation.

Ammonia was embargoed by most Class I railroads this past Monday. Domestic fertilizer producers are being negatively impacted now. Some may have to curtail production within days of a strike. Also, if the threat of a looming strike is not resolved soon, ammonia production could be curtailed due to the current embargoes on it. This is bad news for America’s farmers and worse news for global food production. Many regions of the world have been severely impacted by drought, war, and high input costs – due to severe supply chain challenges. This, however, is a supply chain problem in our own backyard that we can fix before it goes from bad to catastrophic.

Congress potentially has a role to play, and it should begin taking action now to encourage negotiators to reach voluntary agreements. If necessary, Congress can prevent this supply chain crisis from getting worse as we approach the Sept. 16 deadline.

IFCA will keep working with TFI and the Illinois congressional delegation on this issue.  IFCA will relay any information we receive on the situation to our membership.
IFCA: Items Of Interest - 2021
Back
<?